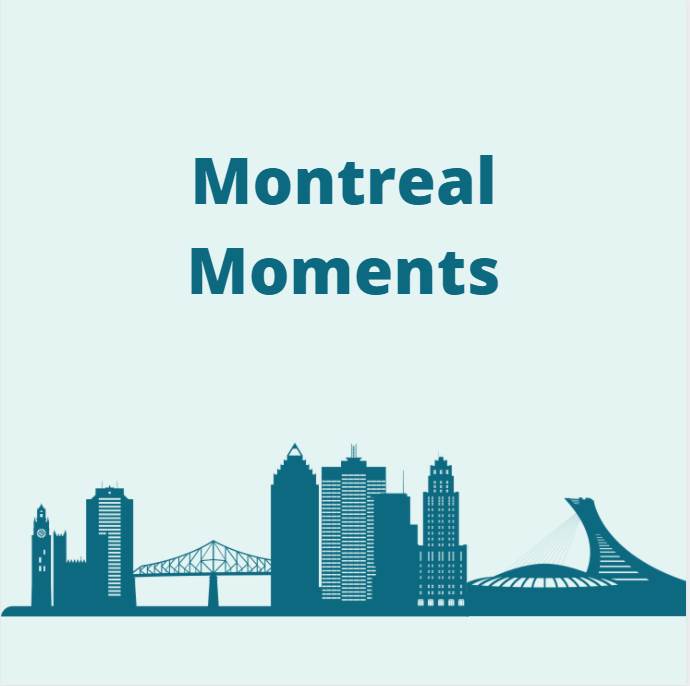 This excerpt was originally submitted as an assignment for the 2019 Translation Summer School: Translating Each Other/Translating The Other at Concordia University. Students were instructed to explore famously bilingual Montreal and keep a journal of their linguistic observations. 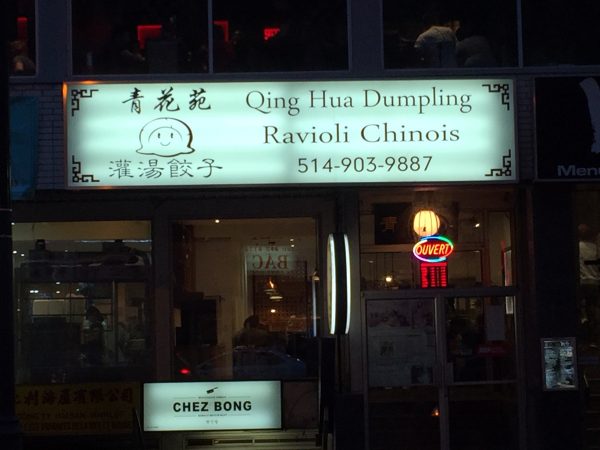 My favourite example when explaining the legacy of Bill 101 to visitors is the translation of “dumpling” into French as ravioli. The response is usually, “But that’s Italian!” Though Italian restaurants have infamously been targeted by the OQLF, the word ravioli is widely used in French, especially in the phrase ravioli chinois. Here, the phrase operates as the mandatory French-language presence on the sign, alongside English and Chinese. “Dumpling” appears to be the only word reproduced in equivalence in all three languages—the Google Translate app translates the Chinese as “Blue Flower Garden Soup Dumplings.” Translation does not always mean equivalence, and the protection of the French language does not always mean the use of the French language. Given that Qing Hua is one of the most famous dumpling restaurants in Montreal, it seems that each translation managed to conserve the most important element.

The 24 runs lengthwise down the Island of Montreal, passing between boroughs and across “the Main” that divides the historically Francophone from the historically Anglophone Montreals. It is no surprise to hear French, English and mixtures of the two, as well as a variety of other languages, while riding this bus. This particular instance struck me as something I had not noticed before, but that is likely very common in present-day Montreal. A group of three or four teenagers sat down together. Two of them were conversing in Spanish. Another chimed in, but in French, soon switching back to Spanish mid-sentence. The conversation continued with the speakers mixing French and Spanish. Though I could barely keep up, I noticed that some of them tended to speak almost exclusively in Spanish with some French loan words or switches near the ends of sentences, while others used the opposite ratio. I also noticed the absence of the usually omnipresent English from the mix. As the children of immigrants grow up, almost exclusively attending French schools but speaking their various mother tongues at home, this fascinating phenomenon is a natural result. What other hybrid languages may eventually join the ranks of Franglais, and now, Franpagnol?